Mother's Day at the Beach

We spent Mother's Day at the beach in Port Aransas, Texas. The beach was full of seaweed (which I guess is common this time of year) and the waves were a little bit choppy, but none the less, we still had a lot of fun. 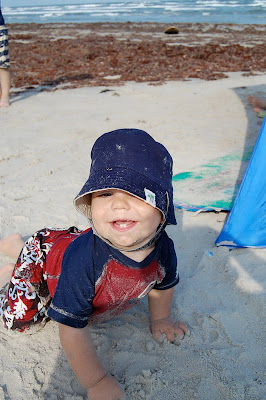 This was Abram's first sand encounter. As expected, he put about 4 cups of sand down his mouth. He crawled around and inspected everything. He loves the beach! 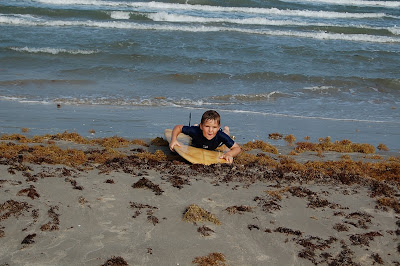 Riley loves the beach too! Papa brought his surfboard just in case there was a wave for him to catch. Knowing we were headed for the Gulf of Mexico, and a beach break at best, he didn't expect much. (What can I say, we've been spoiled to live on the Pacific Ocean for the past ten years!) There wasn't anything for him to ride so he used the time to teach Riley about balance and staying on the board. 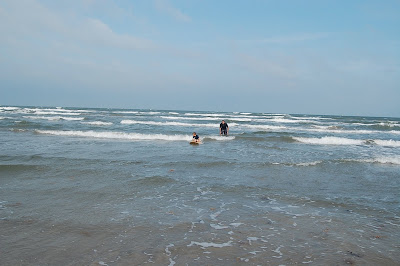 Riley did amazingly well...and kept saying he was going to be a "surfer man" when he grows up. He never tired of Papa pushing him to shore in the white water. 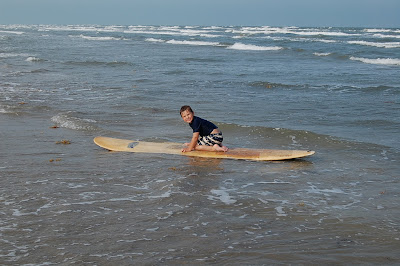 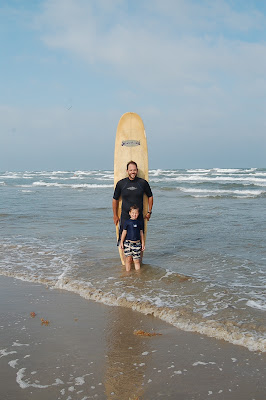 Father and Son enjoying the beach. 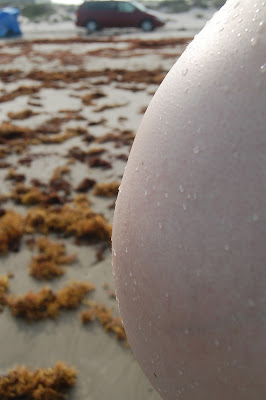 This is my self-portrait. You can see our beach spot and van in the background. I'm 7 months now. 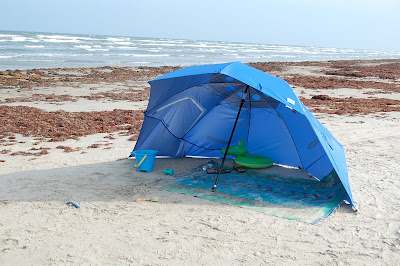 Bought this "Sportbrella" at Costco the day before this adventure. We were SO PLEASED with it. It's rain-wind-sun proof and sets up in three seconds (as advertised!) If you need something for the shade, I highly recommend this. 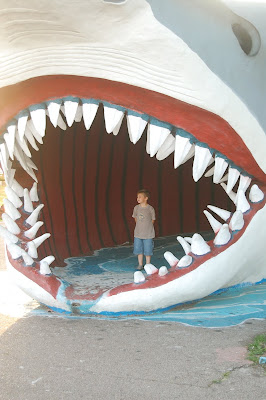 Found this large shark on our way out of town...
As you might have heard, Everything is Bigger in Texas,
Well....except for the surf :(. 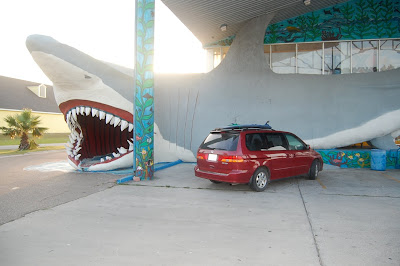 Lil' Abram looks like a mini-Riley! Sounds like a well-spent day enjoying being a mama...gorgeous belly, too! I'll have to check out that Sportbrella--looks like something we'd use :)

Love the belly shot!!!
Looks like a fun day at the beach.

We were at Somoa beach for mother's day! Think of you guys nearly every day! A big hug all around.

Oh the beach...how I miss thee!
We had a great day too but not at the beach :)

Fun day! Love the belly shot too! Hard to believe baby will be here in 2 months, wow!