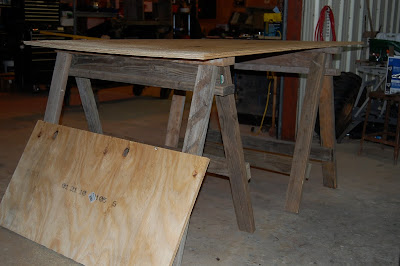 Before Tom could build the chicken coop, he had to build some saw horses, which he did out of some scrap lumber we had laying around. Riley helped him that night by handing him things here and there saying, "Here, Papa...more screws for the saw cows." =) 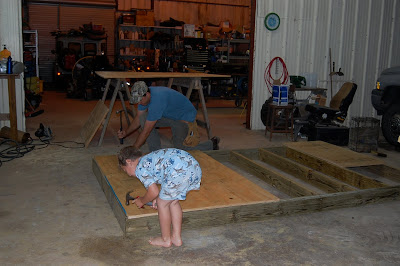 After the "saw cows" were built, they built the floor for the coop. Our chicks are getting big and are in desperate need for some space to roam. Hoping this will be finished soon???
Posted by TnT at 11:47 AM

AWESOME!!! We were hoping to have ours up this year but I don't think we'll make it. Can't wait to see your finished product!!