The air is getting cooler and we (joyfully) dug our sweaters and down vests out of the storage for the Annual Floresville Peanut Festival. Floresville happens to be the "Peanut Capital of Texas"...which is saying a lot. Texas is big. And to be known as the capital of anything in Texas is worth celebrating. 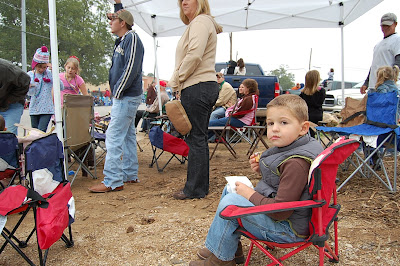 A few weekends ago we went down to main street (Floresville only has a few streets) and parked ourselves with doughnuts and hot chocolate in hand, ready to watch a small-town country parade. 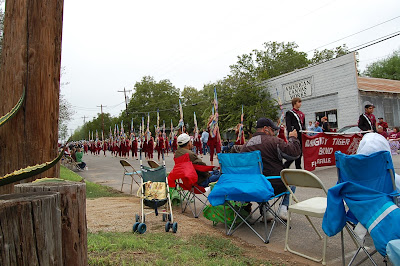 These are the kinds of things you get to see in a parade which celebrates all of the local peanut farmers. Here is the local high school band. 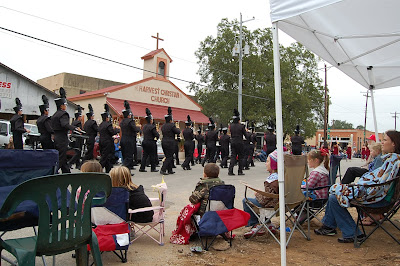 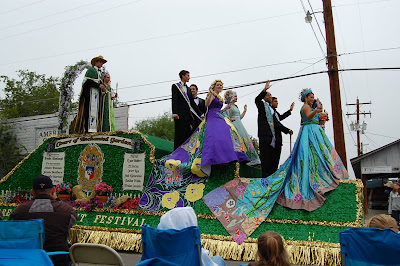 And parades aren't complete without a King and Queen and their Royal Peanut Court. 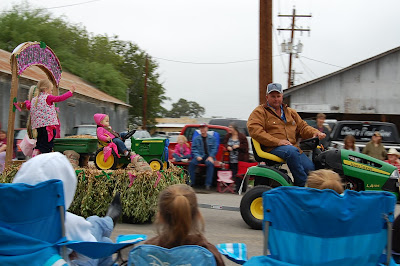 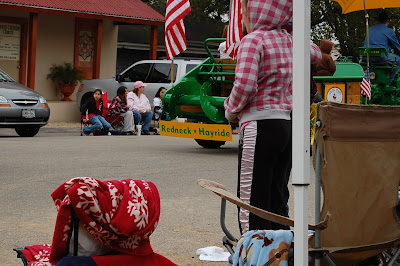 This was too funny not to capture on film. One thing about Texans, we can laugh at ourselves. 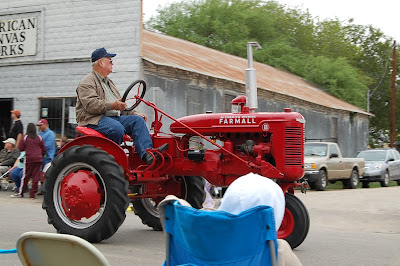 It wouldn't be a proper parade without an antique tractor. 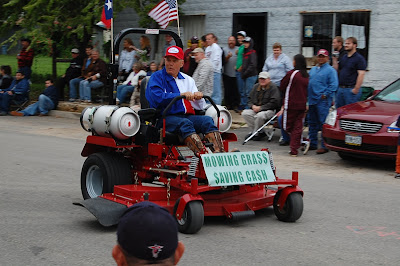 This dude converted his lawn mower to propane...and is bragging about it. 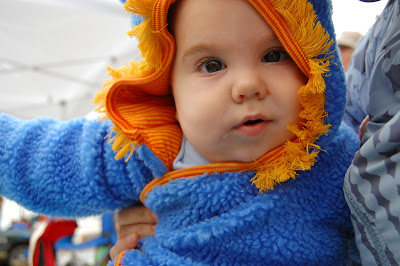 Now, who is this little adorable munchkin? 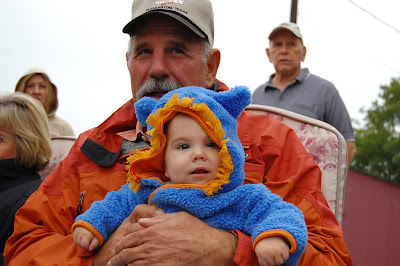 Grandpa and his grandson. 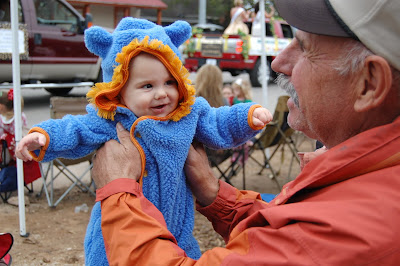 Abram is a man's man. There are three men in his life and two women. He always gives us each a smile, but some more readily than others. First always goes to Riley. Then Grandpa. Then his Papa. And last are the women, Mama and Gigi. (But he loves us all just the same) 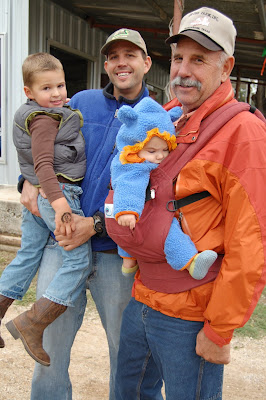 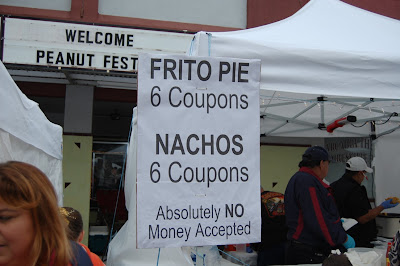 If you come hungry, expect there always to be a Frito Pie for sale. 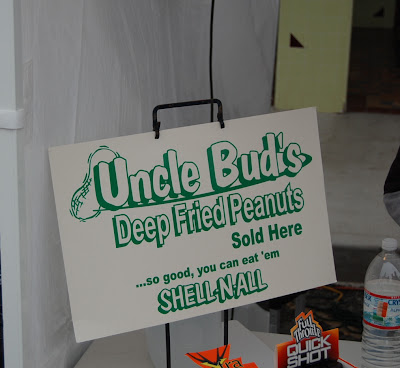 Or anything deep-fried. These were peanuts fried in their shell. They were mighty tasty, if I don't say so myself. 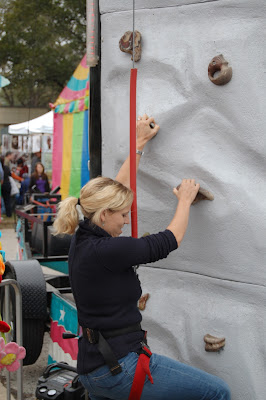 Grandpa decided to challenge Mama saying that he'd pay $5 for me to climb this wall...not sure I could do it. Well, Mama always likes a good challenge and never backs down so she harnassed up. 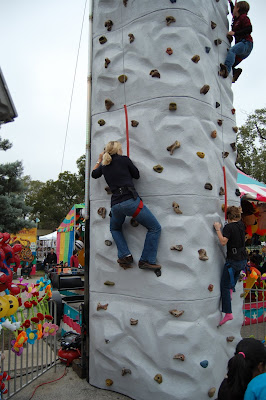 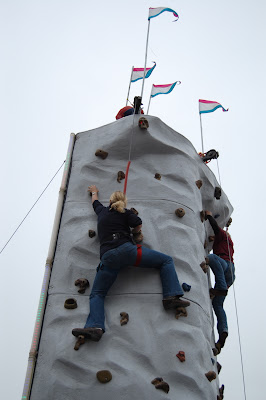 Until she reached the top..."Ding, ding, ding!" 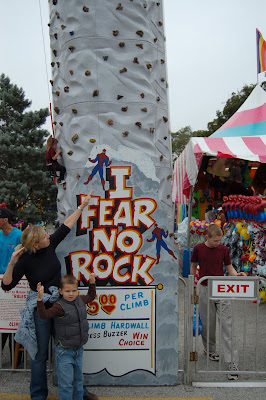 That's right! That little rock wall has nothin' on me!
(I hate to admit though-- my forearms were shaky the rest of the day-- it was definitely harder than it looks)
Posted by TnT at 11:34 PM

Tracy, your blog looks so good--- I'm getting inspired again! Can't believe how big Abram is getting and that you all went on a sail boat!

Love Abram's little blue outfit! He's so adorable! How do you get so many pictures on one post? Mine only lets me do 5. I'm trying to update my blog, but it took me hours just to do one post...or was it two?