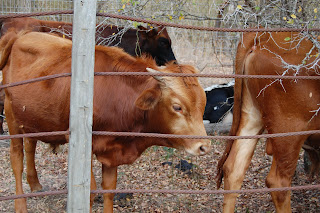 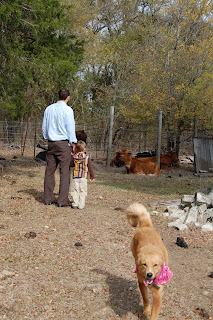 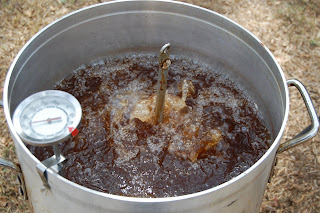 Smithville is about 2.5 hours away from us...just east of Austin, the Live Music Capital of the world...(they say).  It is beautiful with rolling hills, turning leaves, and wide open spaces.  We had an afternoon dinner with friends of our family.  Fried turkey, mashed potatoes, creamed peas, stuffing, cranberry sauce, rolls, 8 layer dip, and sweet tea.  We were asked to bring an appetizer and a dessert.  I made a chocolate pecan pie and we brought celery sticks lined with hummus.  When everyone asked what was on the celery sticks and we told them, one man quietly went to the trash can and slide it off the plate...the other reached under the table and put it in his lap.  Only one person out of let's say 12 people had every heard of hummus before.  And the majority weren't interested in trying it.  Peanut butter would have gone over better. 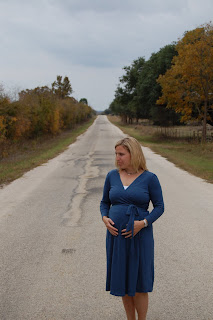 Pregnant Mama on Thanksgiving
Posted by TnT at 10:23 AM

That humus story beats all - how funny! Sounds like a very different culture down there.

Could you look any more gorgeous? Thanks for the updates - keep 'em coming!

Tracy, you look gorgeous! And those people are nuts to not even try Hummas, it's delish!