Riley got an awesome hand made pair of trousers from our oh-so-crafty friend April. She couldn't have picked out a better "cowboy" look! Riley loves wearing them. He calls them his "Horse pants". 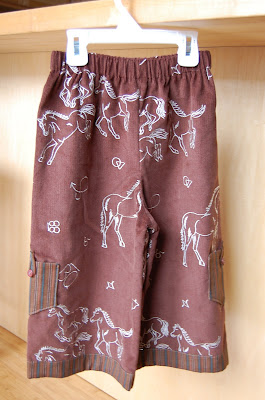 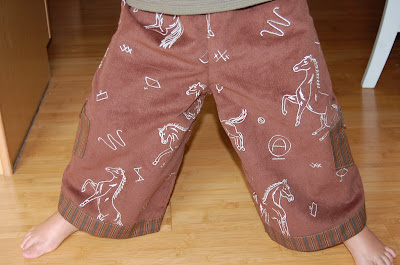 April, you're awesome. Perfect fit....and even a little room to grow!


From Nana and Grandpa Gene in Colorado Riley got the coolest demolition driver known to man. It's half Riley's size and all steel construction. Watch out. This one gets parked when little ones come over. Otherwise Riley has no qualms driving over inconspicuous mini people. Actually it's going to be an "outside" toy. But it has been so much fun that we are getting all of the "inside fun" out of it. 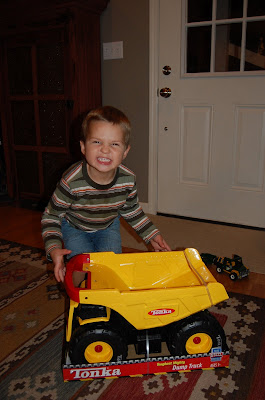 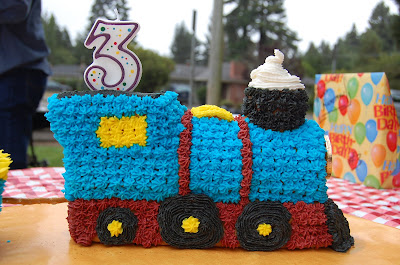 Grandma and Grandpa spent labor day weekend with us to celebrate Riley's birthday at Sequoia Park. The weather wasn't sunny...like the weatherman said it would be...but otherwise it was a fun time. Even in the summer, you just have to be ready for whatever Humboldt County skies want to give you. Most of all of Riley's good friends were there and he had a blast as this was the first birthday he was really aware of what was going on.

The main attraction: A 3D train cake. The little man is , well, should we say, obssessed, with trains and I couldn't think of a better way to bring delight to his little life than make him his very own birthday cake made in the shape and design of a real train. It was a sight to see. 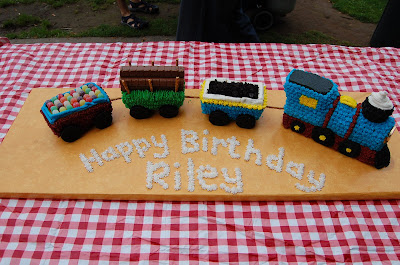 When it came time to cut it, I wasn't in the least bit sad. Actually I was glad to be done with it. I had been working on it, or staring at it taking up too much of my kitchen counter space for too many days. People took dibs on different parts they wanted....oreos, tootsie rolls, gum drops, etc. 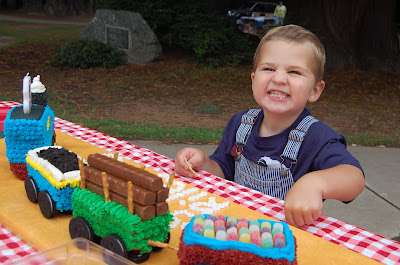 Here are pictures of two of Riley's most favorite people: Rachel and Christian Gent. Ever since he first met them he's had a fond affection for them both. Maybe it's because Christian speaks his "let's get dirty, go exploring, and play with trucks" language and Rachel likes to show him around to everything and pick him up like he's her little brother. I couldn't have picked better friends for him myself. 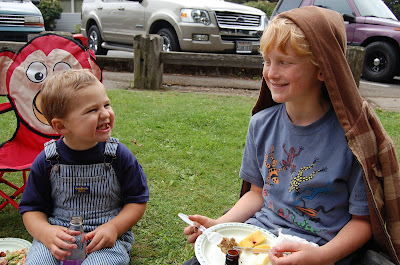 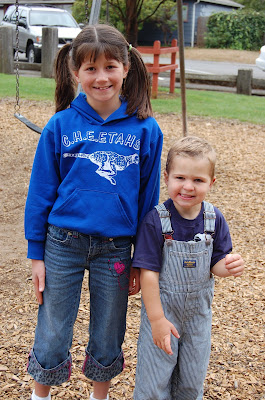 Here are a few shots of the crowd. 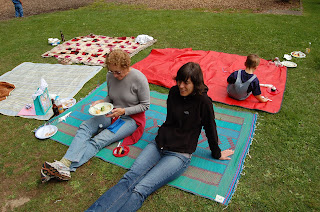 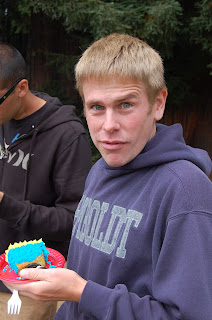 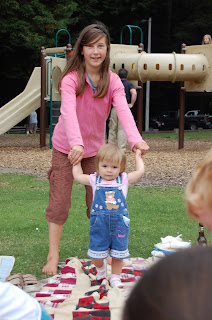 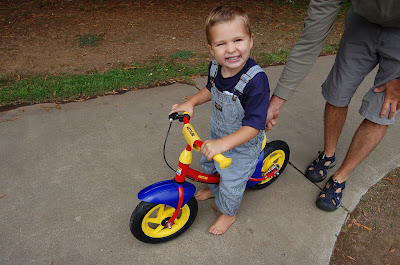 So sorry to all of my faithful readers. I've been kind of out of commission for a few weeks. BUT-- have no fear, pictures are coming soon. Hope you didn't give up on me.
Posted by TnT at 10:49 AM 1 comment: