Half Marathon in San Francisco

We did it!!!! 13.1 miles of hilly San Fran.....no walking...no stopping...no slowing down. The gun went off at 5:30 am and the first wave of runners started. Tom and Tami were in the 3rd wave at 5:40am and Marybeth and I joined the 5th wave at 5:55am. The waves were intended to split the massive pack (around 16,000 runners total) into pacing groups. This makes running so much easier when you aren't trying to pass thousands of people who are slower than you...as well as being passed by thousands who are much faster! The night before we all went to bed around 11:30pm, but nobody got to sleep until closer to 1am...those darn giddy nerves! And woke up at 4:15am. It didn't matter though...being at that starting line with so many other people was exhilarating. Just to think that we were surrounded be so many others who trained hard to get there. Looking around, I felt some sort of camaraderie...everyone here went through the same painful long runs, sacrificing other activities in order to give extra time to running. What an inspiration!

Our hero of the day, Garrett, Marybeth's husband startled himself out of bed, throwing his two kids and Riley into his van, only to realize half way there that it was 5:30am and he was 2 hours early! He was so set on not missing our finish that he didn't want to oversleep. Whattaguy! Upon waking Riley at 5:30am out of the deepest slumber, he started to cry out of disorientation and ask for "Mama...Papa?" Annabelle rushed to his side to pat him and said, "It's okay, Riley. Don't cry. We're going to see them at the finish line." Garrett couldn't carry all three kiddos so he looked at Annabelle and said, "You're gonna have to be a big girl this morning okay? You're gonna have to walk." Annabelle said, "Cuz, I'm 3 now?" Garrett: "Yes, cuz you're 3." =) So because of this...Garrett got an awesome parking spot close to the finish line and a great camera shot of all of us crossing the finish line. Thanks G! 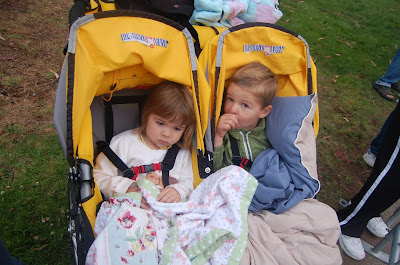 The first guy finished in 1:17 minutes. 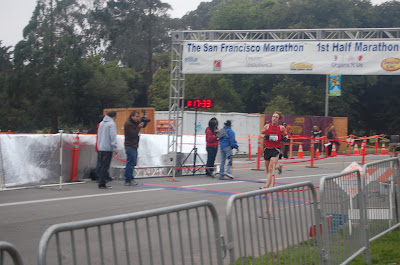 Tom wasn't too far behind with an awesome time of 1:46 minutes. 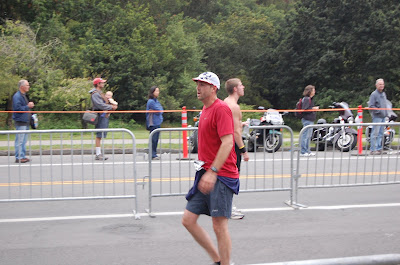 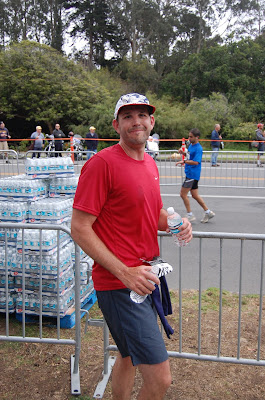 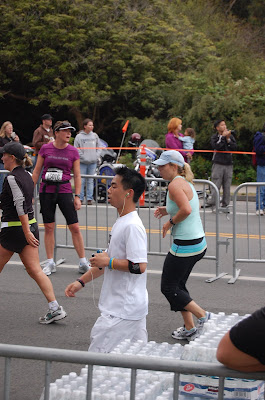 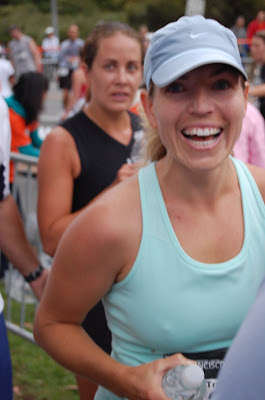 Marybeth and I split early in the race, each settling into our own individual grooves. We had intended to run it step for step together...but a mile into the race, we gave each other the thumbs up to do our own thing. This was Marybeth's first half marathon...and serious race. I am so proud of her!!!! 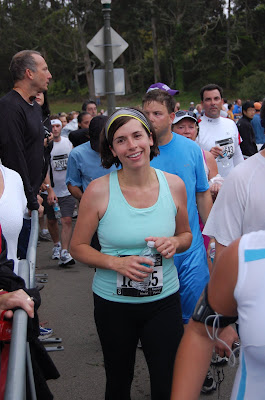 Jason and Bethany Cseh ran the race too-- look how beautiful she looked after 13 miles! 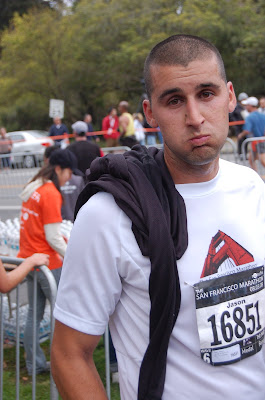 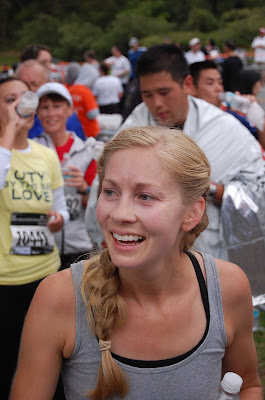 We all did it! (Don't have a finish line picture of Tami---sorry!) 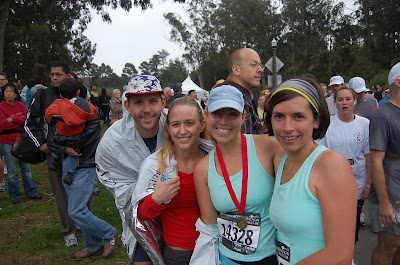 I'm proud of you too!

WOW - I am seriously impressed with all of you for running that marathon! Congratulations!! (I just found your new blog - love it!) April

I am more than proud of you guys, how awesome...someday I WILL do this, it's a must! :)